Dan Miller joined Tides Of Man in 2010, just in time to bring his soaring leads and intricate melodies to the bands sound at a pivotal moment in their career. Young And Courageous (2014) saw Tides take a leap of faith into the world of instrumental post-rock, which marked a drastic sonic departure from the progressive post-hardcore tendencies of the band’s previous musical output.

Fast forward to 2018, and the band has released the monumental new album Every Nothing. Packing in all the emotional weight and beauty of its predecessor, Every Nothing also manages to step into a vast new sonic territory. The guitars truly shine, going everywhere from beautiful arpeggiated chords drenched in reverb, to pulsating rhythmic delay, all the way to huge slabs of heavy distortion. 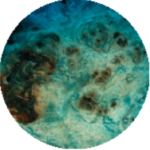